The dark, crazy heavy metal ‘n’ roll visionaries known collectively as Avatar – singer Johannes Eckerström (vocals), guitarists Jonas Jarlsby and Tim Öhrström, bassist Henrik Sandelin and drummer John Alfredsson – emerged from the depths of the Swedish forest in which they are working on their ninth album to go on tour.

Additionally, Avatar has announced a handful of South American dates with Iron Maiden.

The band is criss-crossing North America, heading to Europe, and offered the following road update and new album.

“I guess that’s what they mean by coming back with a vengeance. We’re tearing North America apart with a fury that just couldn’t be done in the past two years. Then we’ll go straight from here in Europe and do the same there. So many places we haven’t seen in a long time will be ours again. We’re making up for lost time, going wild in the process.

“All of that would have been enough on its own, but there’s more. Sweden is the country of Iron Maiden. They shaped us like few others, and that goes for Avatar as much as the entire Swedish scene. over the past four decades.” That being said, we’ve always known another place where they’re just as crazy about our heroes as we are. There seems to be a Swedish law that every rehearsal room must have the Rock In Rio poster. Brazil has always been a dream destination. We always knew we would find brothers and sisters there. The fact that our first trip there will be with Iron Maiden is almost too much to take.

“This is all happening as we’re in the final stages of mixing our next studio album, and it’s so powerful that we’ll most likely curse our souls forever. We’ll show you the devil, and we’ll make you dance.” 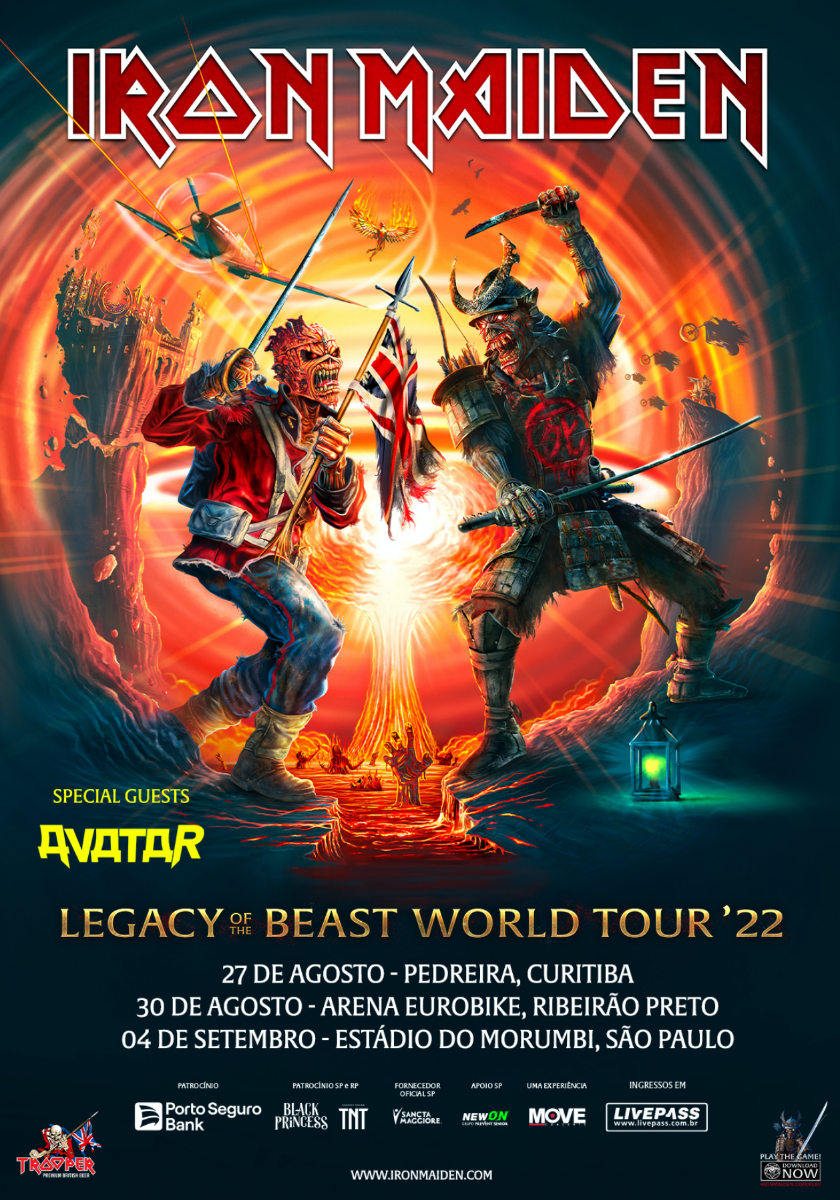