PHANTOM and VOLBEAT will co-headline across the United States starting Jan. 25, and to commemorate the monumental tour, the groups have partnered with Blacked out records to release a limited edition seven-inch double-sided single featuring each band’s contributions to “The Metallica Blacklist” charity album: PHANTOMthe cover of “Enter Sandman” on “Side G” and VOLBEAT‘s “Don’t step on me” on the “V face”. The seven inch will be pressed onto crystal clear vinyl and limited to just 3,000 copies with 115 copies available at each stage of the tour on a first come, first served basis (limit one per customer).

All profits from the seven-inch division will be divided equally among the Everything in my hands Foundation and charities chosen by the artists: Camp Aranu’tiq (PHANTOM) and Børne Cancer Fonden (VOLBEAT).

Both bands’ 26-date US tour to receive Los Angeles backing TWIN TEMPLE. Tickets for all dates on the Living countryThe tours produced are on sale now, with group-specific VIP tickets and packages available at ghost-official.com and volbeat.dk.

PHANTOM‘s fourth in a row # 1 at Active Rock radio “Hunter’s moon” Recently moved Guitar world to note that “the juxtaposition between subject and composition is something the Swedish rock band has always achieved, and they are doing it with greater effect on this new single”. The origins of the song and its appearance in the box office phenomenon “Halloween kills” dates back to the band’s headlining concert in 2018 at the Forum in Los Angeles. Ryan turek, vice-president of feature film development at Blumhouse Productions (“Get out”, “Insidious”, “The purge”, “We”, “Whiplash”) attended the sold-out show, establishing an instant relationship with PHANTOM‘s Tobias Forge – the one that ultimately led to a visit with the co-writer / director David Gordon Green on the North Carolina Plateau “Halloween kills”. Three years almost to the day after this first fateful exchange, “Hunter’s moon” would be published on the DSP, would play the role of “Halloween kills” end credits, and will be released on January 21, 2022 as a seven-inch collectible single by Loma Vista Recordings (with the exclusive B side “Halloween Kills (main title)”, produced, produced and designed by Jean Charpentier, Cody Charpentier and Daniel Davies).

VOLBEATthe most recent album of, “Servant of the Spirit”, Who Revolver calls “excellent … the darkest and heaviest VOLBEAT still offer, ”was posted on December 3 via Archives of the Republic. For “Servant of the Spirit”, the group, which consists of Michael poulsen (guitars / vocals), Jon Larsen (drums), Rob caggiano (guitars) and Kaspar Boye Larsen (bass), took their heavy metal, psychobilly and punk ‘n’ roll signature to the next level while presenting Poulsenthe great capacity for songwriting and storytelling. “Rarely has a successful band sounded so ravenous,” says Kerrang! album review. Upon release, the album reached the peak of many international sales, reaching No.1 in Germany, Denmark and Austria, No.2 in Switzerland, No.4 in Finland, No.5 in the Netherlands, # 6 in Sweden and was # 1 and # 2 respectively in the Billboard Current Hard Rock Music Albums and Current Rock Albums charts. The new album, which features the number one singles Billboard Modern Rock “The blue of the shotgun” and “Wait a minute girl”, is now available as a Standard CD, Deluxe 2LP Vinyl (in various Limited Edition variations, full info below) and Digital Deluxe Edition. 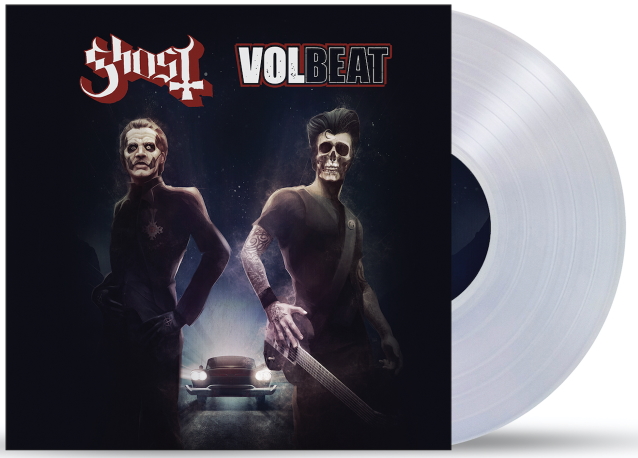 [ad_1] THE nights are coming, the weather is getting colder, the outdoor conditions make us …