Eileen W. Sudduth September 16, 2022 Swedish band Comments Off on MESHUGGAH Releases “I Am That Thirst” Video; The band will release limited vinyl anniversary editions of Nothing, Koloss Full-Lengths in November 10 Views

Swedish metal titans Meshuggah kick off their long-awaited tour of the United States tonight, September 16, with a sold-out show at the Palladium in Worcester, Massachusetts. To celebrate the kick off of the tour, the band is releasing their new music video for “I Am That Thirst”. The track is from their album Immutable, released earlier this year via Atomic Fire.

Meshuggah’s month-long trek includes a stop at this year’s Louder Than Life Festival in Louisville, Kentucky and Aftershock Festival in Sacramento, California. Support will be provided by Torche for the duration of the tour as well as special guests Converge from September 16 to September 30 and In Flames from October 2 until the end of the tour. Tickets are on sale now at meshuggah.net/tour. See all confirmed dates below. 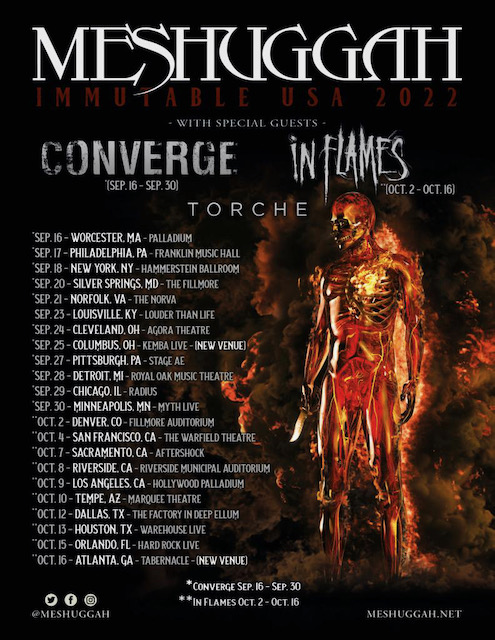 As an added treat, the longtime metal icons will be releasing new vinyl limited editions of their feature films Nothing and Koloss on November 25 via Atomic Fire.

Since forming in 1987, the Swedish sound architects have evolved into one of the most technically complex and virtuosic bands of players the metal world has ever encountered, their distinctly unique brand of progressive, groove-infused extreme metal throwing inadvertently a whole new subgenre.

Each version is available in two color variants and each variant is limited to 500 copies worldwide. Find Nothing pre-orders here and Koloss pre-orders here. 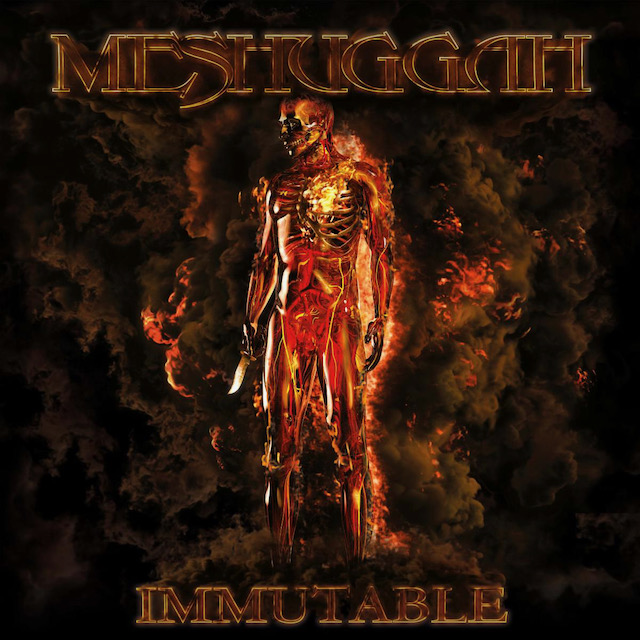