Looking for some motivation to get you through the start of another work week? We feel you, and with stellar new pop tracks, we’ve got you covered.

These 10 tracks from artists like Noah Cyrus, Kelela, Chloe Moriondo and Dylan will give you energy to tackle the week. Add any of these gems to your personal playlists – or scroll to the end of the post for a personalized playlist of all 10.

Although Noah Cyrus’ freshly released LP The hardest part is officially her debut album, the 22-year-old singer has grown tremendously as a singer and songwriter since her teenage breakthrough with “Make Me (Cry)” more than five years ago. Case in point: the album “I Just Want a Lover,” which serves as a rustic, winding confessional from the perspective of a woman who’s been through too much and wants direct affection; Cyrus’ voice sells that weariness and dazzles through the song’s various moves. –Jason Lipshutz

Many modern pop artists yearn to evoke the treble of premium drums and bass, but Chloe Moriondo actually achieves it on “CDBaby Sucker Punch. Moriondo’s vocals hug the soothing buzz of the track, as choppy rhythms back up sighs and coos along with a few guitar thrusts, for a downright hypnotic showcase of the singer-songwriter. – J. Lipshutz

Persion pop star Gia Woods is proclaimed in a recent press release as “the cyberpunk it girl of the future,” and a listen to new single “Cover Girl” makes that description not sound too exaggerated: the song sizzles. of attitude and a sense of surrender, layering Woods’ vocals, sashaying towards synth breakdowns and not hiding from the discussion of sexual politics. Woods has already been a constant presence in this sound, but the boldness of “Cover Girl” opens it up to even more listeners. – J. Lipshutz

Do you miss the folk-pop boom of the early 2010s? Swedish duo Smith & Thell have been carrying the torch for this movement for some time now, and “I Feel It In The Wind” conjures up the sweet yet emotional highs of bands like Of Monsters and Men and The Head And The Heart. The mix of harmonies, strummed guitars and strings programmed here will sound great when the band embark on a fall tour later this month. – J. Lipshutz

You Me at Six feat. Rou Reynolds, “No Future? Yes indeed”

Now for something a little more headbang-ready but no less catchy: veteran UK rockers You Me at Six have teamed up with Enter Shikari’s Rou Reynolds for a soaring new single, keeping their riffs heavier for the screaming chorus of “No Future? Yes indeed.” You Me at Six have long been adept at blending pop and emo with maximum accessibility, and this collaboration is a testament to their ability to take a post-hardcore base and build something crisp and cool. – J. Lipshutz

“You say you care about me / Calm down, it’s been less than two weeks,” Dylan warns on “Nothing Lasts Forever,” a funny and wonderfully blunt dismissal of overly romantic overtures from an overly clingy suitor. If ‘Girl of Your Dreams’ was a jaw-dropping introduction to the British singer-songwriter, ‘Nothing Lasts Forever’ deepens its spirit and charisma without sacrificing tempo, another likeable dart thrown by obvious talent. – J. Lipshutz

LeAnn Rimes recently told Billboard News about her latest album, the work of god, “explores light and dark, the duality of life.” It’s certainly evident on “The Wild,” a mournful but resilient song about the expectations of virgins/whores that a patriarchal society has imposed on women. Backed by Sheila E.’s insistent percussion and Mickey Guyton’s bluesy vocals, the mighty singer sounds world-weary but all the wiser (and better) for this one. –Joe Lynch

The aptly named “Washed Away” could almost be mistaken for a lost chillwave tune from Washed Out at first – at least until Kelela’s earthy vocals weave their way through the ethereal soundscape, leaving the listener with a pleasant feeling. to be pulled in two equally fabulous directions. at a time. – J. Lynch

Coco & Clair Clair, the lo-fi bedroom duo of internet friends-turned-collaborators Taylor Nave and Claire Toothill, continue to hone their bubblegum-infused DIY rap aesthetic on “Cherub,” the lead single from their upcoming album. , Sexy. Beginning with a gunshot (“Fk the NRA but I’ll blow your f-kin’ house out”), the chorus unwinds and evolves into an effervescent reminder that all the cool kids are dying to be them, but only few of their starry-eyed admirers will ever have the chance to approach them. – Starr Bowenbank

Though it’s been a while since Gus Dapperton went solo on an original track (he recently covered Fleetwood Mac’s “Landslide”), the indie-pop darling has tried his hand at collaboration again. and teamed up with English alternative band easylife on their new track “ANTIGEL”. The collaboration sees the duo feed off of each other’s respective energies – Dapperton with his signature, passionate drawl, Easy Life with its gooey synth and deliberate fuzzy instrumentation – to ruminate on their helplessness while they’re both caught up in their partner’s cold nature (“My your tongue sticks to your frozen face / I’ll never leave this place / Oh, won’t you stay?”). SB 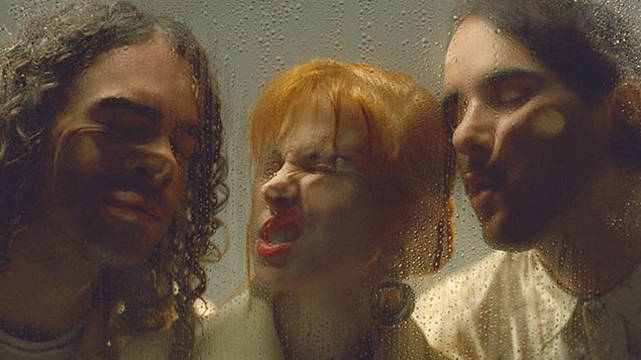